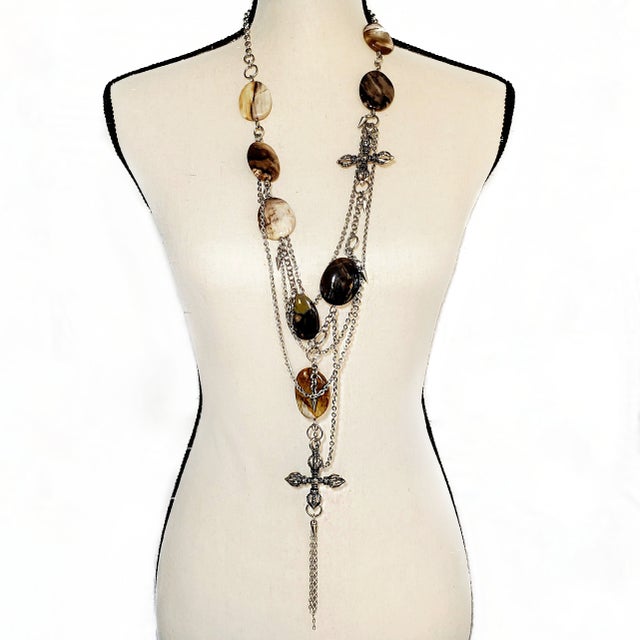 The important message of holiness and purity, indicated by Dorje, doubles its power when it is represented double. The double Dorje, known as Visvavajra, also used as a seal for important documents, is often placed at the base of statues representing the main Tibetan and Indian deities, when worn is a reminder of the absolute indestructibility of Knowledge.
http://www.huakadugu.com/blog/index.php/the-dorje-vajra/
THE FINE PRINT