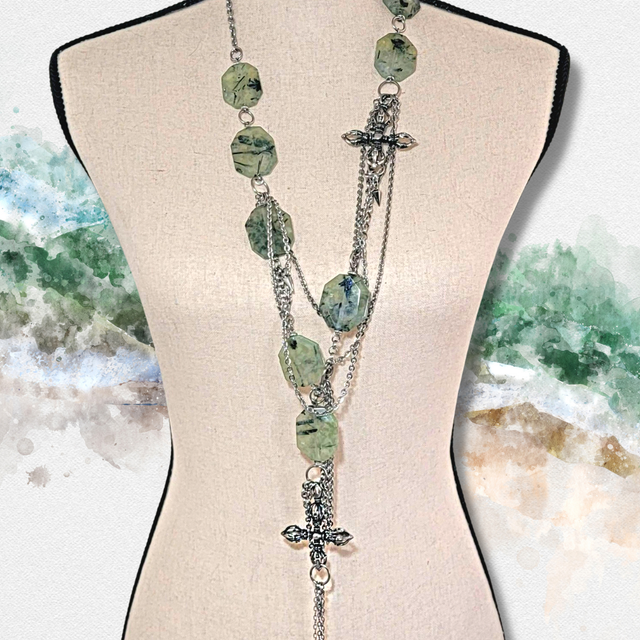 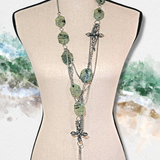 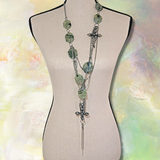 1 available
Add to Cart
Prehnite: This stone of unconditional love and inner knowing enhances precognition, alleviates nightmares, phobias, and fears. Also known as the healer’s stone, it links to divine energies to enhance vision to show you the way forth in spiritual growth. It can bring harmony between the wearer, nature, and the elemental forces.
​
It was discovered 1788 in South Africa and named for its discoverer Colonel Hendrick Von Prehn a Dutch, commander of military forces in South Africa and Governor of the Cape of Good Hope Colony. Origin: Australia, China, France, South Africa, US.

The important message of holiness and purity, indicated by Dorje, doubles its power when it is represented double. The double Dorje, known as Visvavajra, also used as a seal for important documents, is often placed at the base of statues representing the main Tibetan and Indian deities, when worn is a reminder of the absolute indestructibility of Knowledge.
http://www.huakadugu.com/blog/index.php/the-dorje-vajra/